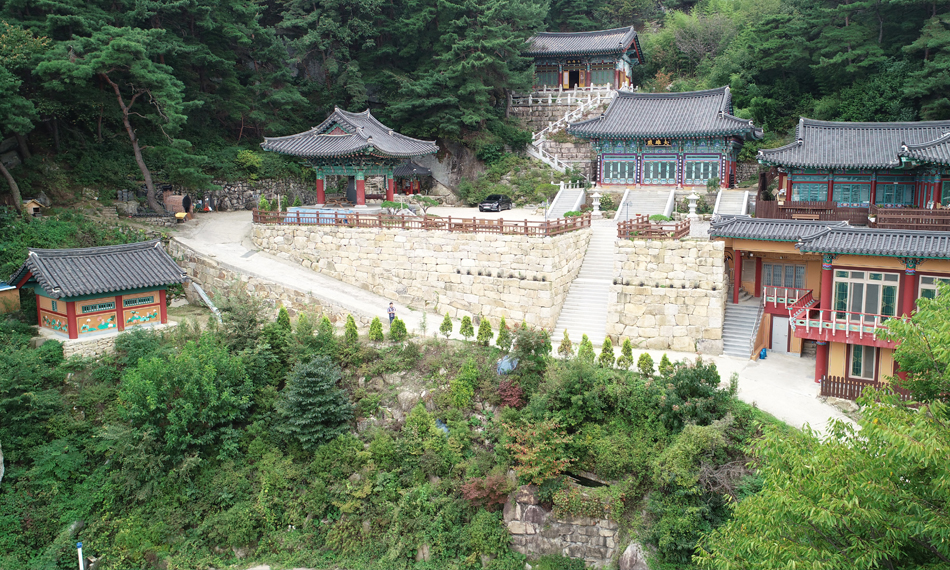 Yongamsa was built by Uishinjosa in King Jinheung's 13th year of Silla Empire. Yongamsassang Twin Three-storied Stone Pagoda, a government-designated cultural asset (treasure) number 1388, Yongamsa Rock Relief of Buddha, a Chungcheongbuk-do tangible cultural properties number 17, and Wooden Seated Amitabha Buddha Statue at Yongam Temple Site, a Chungcheongbuk-do tangible cultural properties number 193 are all located at this site. Yongamsassang Three-storied Stone Pagoda shows the artistic pattern of the middle Goryeo Empire period. We assume this stone pagoda to be constructed based on Sancheonbibosasang which was a popular artistic style around Goryeo Empire period because, differing from Garabaechi, a typical way of temple arrangement, the stone pagoda stands not in front of Daewoongjun but at the northern end of the temple.

Maebul has a local legend that the Crown Prince Maui, King Kyounsoo's son, had wailed while looking at the southern sky on his way to Geumgangsan. Once, there were temples of various sizes over a large area but after the damage from Imjin War, it has barely maintained the current scale. Also, Jangryeongsan, a mountain that surrounds Yongamsa, is a popular site where Okcheon citizens as well as people from around the country and overseas visit. A scenery from Maebul Yongamsa is considered a nature's masterpiece by many climbers and photographers.